To learn more about voting, voter registration, and related aspects in the USA, or a specific state select from below:

For Voter Registration Form for the State of Mississippi follow this following link to access the registration form. 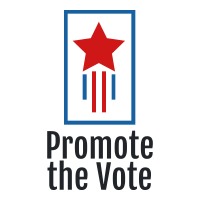 Electorate Profiles: Selected Characteristics of the Citizen, 18 and Older Population

The following tables present estimates of the citizen, 18 and older population for all states and congressional districts. Selected characteristics include age, sex, race, Hispanic Origin, educational attainment, poverty status, and household income. The data used in these tables come from the 2015 American Community Survey (ACS). For general background on the ACS, please visit http://www.census.gov/programs-surveys/acs/. For information on the statistical accuracy of the ACS, please visit http://www.census.gov/programs-surveys/acs/technical- documentation/code-lists.html

What are the best nonpartisan news sources?

In an increasingly polarized news space, we often seek the goldilocks zone of nonpartisan news. Some sources may strike us as too liberal, others as too conservative, while all we’re looking for is the perfect, middle-ground combination. If you’re here to find out what those sources may be, you’ve come to the right place.

As we are saturated with news options, data shows that emotive content gets clicks, resulting in more partisan outlets than centrist. What incentive, then, would sources have to remain centrist?

There are a few companies whose mission is to craft news as devoid of political bias as possible. Often these sources take the form of wire services, like Associated Press and Reuters, meaning they are able to sell stories to other news sources. This is different than news outlets like MSNBC, NBC News, and CBS News. A study by Pew Research delved into this difference when analyzing Americans’ trust in different news sources.

How do these centrist sources survive in this complex climate?

One method is by creating content that is then interpreted by politically-leaning sources. To remain centrist, oftentimes these sources have had to shy away from traditional funding from politically-charged advertisements to create quality content. In fact, one way to find quality sources is to follow the funding: sources that don’t rely on an ad-based revenue model have the ability to put out highly credible, more objective news since they are not at the mercy of the companies they feature, regardless of whether or not their content caters to their subscriber base. A famous parallel can be seen in Elon Musk’s stance on marketing, and his focus on creating a quality product rather than convincing audiences to buy it.

Here are the top three centrist wires and outlets, based on credibility rating using The Factual’s algorithm:

Now that we know the best centrist sources, we can ignore everything else, right?

In short, no. Despite having a target audience, politically-leaning sources still contain valid takes and, when conveyed in a credible manner, can inform and challenge our beliefs. The danger is in solely relying on a specific source to inform our understanding.

For example, I was talking to a friend recently who told me that they rely on the New York Times and NPR for all of their information. They would never trust anything that came from Breitbart or Fox News. Prior to my time at The Factual, I would probably say the same. However, the following article, recently featured in our newsletter, from Breitbart’s Frances Martel, “Missile Attack Hits U.S. Embassy in Baghdad,” scored 76%, making it the top-read on the subject. Had I acted on my biases and avoided this article, I never would have learned about the non-violent protests Baghdad facilitated to remove U.S. troops from the region.

Loyalty to one narrative can inhibit us from receiving the best news out there, and in such a saturated news space, there is no reason to read anything but the very best. And even if we hate to admit it, sometimes the best-quality article is from a source whose political leaning differs from our own.This chart takes the previous audience-determined news leaning chart and models which sources people refer to by party.

How should I pick what to read?

Audiences should come to terms with the fact that credible articles can emerge from biased organizations. This means that we need to separate our individual bias toward certain publications and instead consider the articles as standalone works. Source quality is just one of the four factors we’ve identified to impact an article’s credibility, along with diversity of cited sources, author expertise, and writing tone. This means that articles from expert authors that reference diverse sources in a neutral tone can come from a range of left- or right-leaning sources as disparate as CNN and Fox News. We must take care not to dismiss an article before reading it.

To start your search, here are some of our frequent high-scoring left- and right-leaning publications for high-volume, general news content:

While the above publications are strong for a baseline understanding of concepts, they often lack the expertise of some smaller, more niche publications. Since the cost of media distribution has gone down, these sites have flourished by choosing a topic to intensely research, creating unique analysis and content that general news sources lack. Based on that, these special-interest publications often have the highest credibility scores according to our algorithm. We often feature these as long-reads, which provide readers with a contextual analysis of an issue at large. Here are some of the highest-rated, special-interest publications.

Sifting through the massive amount of information published from not only nonpartisan sources, but those with leanings and specializations, can be very time consuming. The Factual’s newsletter curates the most credible news from a variety of general sources and supplements them with a highly-ranked specialist publication. In the process, we often find our own biases challenged, yet never fail to promote articles from sources whose ideations differ from our own. Only by doing so are we able to say, with confidence, that we are reading the best news.